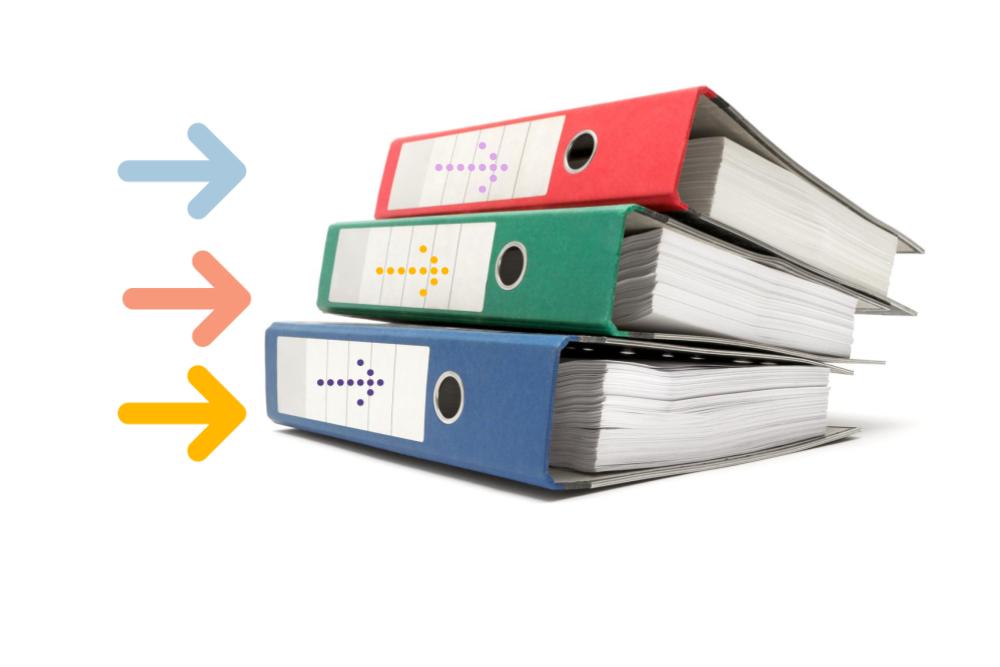 2021 was another challenging year for many due to the ongoing coronavirus pandemic. However, despite the uncertainty across key industries the UKIPO remained active and, with the completion of Brexit they had a very busy year of trade mark filings and cases. In this article, our Chartered Trade Mark Attorneys review the top trade mark cases in 2021 and share practical tips on how they may change our approach to trade mark protection over the next few years.

First let’s look at the overall demand for UK trade mark filings in 2021. Although trade mark filings have been steadily increasing over the previous few years (2020 saw a spike in filings), the impact of Brexit – meaning that from 1st January 2021, registered trade mark protection in the UK can no longer be obtained via the EUIPO – has been astronomical on the number of trade mark filings being handled by the UKIPO.

As well as the heightened demand for trade mark filings, the UKIPO and Courts issued some key decisions that will be valuable in helping brands how best to protect and defend their IP.  Below are our top 5 trade mark cases of 2021 which we think will are interesting and noteworthy and have pulled out some key messages for brand owners to think about.

Most of us will have seen the OATLY! cartons on supermarket shelves in recent years – it’s a multi-billion dollar brand which was originally rejected as “unsellable”, but has pushed on to great success since its inception in 1994 to see some staggering annual growth in recent years, including a 212% increase in year on year performance in 2020. With their quirky packaging and cheeky messaging, they have become a favourite in the business of oat milk.  But did they make a mistake in their adoption of such a descriptive name for their brand?

OATLY! recently failed in their attempt to prevent use of the name PUREOATY in respect of, you’ve guessed it…. oat milk. They raised a number of arguments around a likelihood of confusion between the trade marks, and the damage that they would suffer to their reputation through the use of the trade mark PUREOATY.

Crucially, the judge found that there was no likelihood for confusion between the two names citing an earlier case that “consumers are less likely to think that two descriptive marks denote businesses that are connected with one another because a credible and dominant alternative explanation exists for the similarity in the marks which has nothing to do with their denotation of a common trade source, namely that the similarity is attributable to their descriptiveness.”

In other words consumers would not be confused because they would know that the use of the letters OAT in both marks simply denote that these are oat-based products, and the remainder of the marks, namely “LY!” and “PURE” bore no similarity to one another.

Tip: Consider carefully the level of distinctiveness of your brand – although “does what it says on the tin” trade marks are popular in terms of marketing, they are difficult to protect, and it can be relatively easy for others to circumnavigate your rights with more minor changes than you would like.

EAGLE RARE is an award winning whisky, first produced in 1975 in Kentucky.  The brand has two varieties: a ten-year aged product and a seventeen-year aged product, both of which are sold under the trade mark EAGLE RARE. In 2021, EAGLE RARE sought to prevent use of the trade mark AMERICAN EAGLE in respect of a whisky because they argued that consumers would be confused between the names.

In what might have been a blow to EAGLE RARE, the judge in this case decided that there was little likelihood that consumers would mistake AMERICAN EAGLE for RARE EAGLE.  However, the court then went on to consider the issue of indirect infringement, where the consumer is not necessarily confused, but instead, believes that the products come from the same or economically linked businesses.  It was on this second basis that EAGLE RARE succeeded.

Although the list of requirements for demonstrating indirect confusion is non-exhaustive, consideration for the following will be important:-

Tip: Even if your chosen name is unlikely to be directly confused with an existing brand, is there a possibility that it could be construed as a brand extension, either as a subsequent, or indeed a previous, brand in their range? If so, proceed with caution.

Depending on your age, you will either associate the phrase “one more thing” with Columbo, the trench-coat-wearing detective of the 1970s and 1980s, or in the case of the younger audience, with Steve Jobs, the man behind Apple who enjoyed using the phrase at the end of conferences and expos prior to making a big announcement.  The phrase was then re-adopted by Tim Cook when announcing the Apple Watch.

It comes as no surprise then that Apple was a little miffed when Swatch sought to register the trade marks ONE MORE THING and SWATCH ONE MORE THING.  However, as Apple had not protected the phrase themselves, they had to rely on a claim of bad faith. Bad faith is a serious allegation which is notoriously difficult to prove, requiring a demonstration that the complained of behaviour falls short of the standard of acceptable commercial behaviour observed by reasonable and experienced people in the field.

Apple were successful in their claim before the UKIPO, with the hearing officer deciding that Swatch’s trade marks had been filed with the intention of parodic use rather than because Swatch had any intention to use the trade marks itself, and that in the absence of any evidence to the contrary, the applications had been made in bad faith.

However, Swatch appealed this decision to the High Court, and won.  In deciding in their favour, the Judge stated that there was no evidence of a pre-existing practice by Swatch of parodic advertising, and it was not clear how the claimed parodic use would be effective.  The judge determined that without a clear idea of what kind of parody Swatch may engage in, it was incorrect for the original hearing officer to conclude that Swatch’s actions amounted to bad faith.

Tip: Provided there is an intention to use, consider attempting to protect trade marks that are of importance to you.  If Apple had sought to protect the term ONE MORE THING previously, they would not have had to rely on bad faith.

Easygroup sought to prevent the use of a few different versions of the sign EASYWAY, including the logo above, by a company incorporated in St. Barts which runs a “meet and greet” service on the island including flight booking and arranging of car hire.  All of its services are performed on St. Barts, but it has an English website that is used by travel agents and consumers from the UK. Easygroup brought an action against Easyway at the Intellectual Property Enterprise Court (IPEC) in the UK for infringement of various of its EASY pre-fixed trade marks.

Notably, despite being based outside the UK, and despite its activities being performed outside the UK, Easyway did not challenge the jurisdiction of IPEC (being a UK court), and subsequent speculation of the court made it clear that had they done so, the matter may never have reached trial in the UK.

However, Easyway instead decided to offer the defence that their services had never been targeted at the UK, that their services were performed overseas, and that this ultimately meant their use was not use in the UK and could not therefore amount to infringement in the UK.

On the point of targeting the UK, it has been accepted for some years that the mere accessibility of a website from the UK does not automatically amount to use the UK, however, where direct targeting of the UK market can be demonstrated, this may be viewed as use in the UK.

The court was persuaded that Easyway’s website did target the UK for a number of reasons: the international nature of the services themselves being offered to international tourists, the frequently generated sales enquiries from UK consumers and the engagement of Easyway in communications with those consumers, the fact that the English version of the website must have been targeted at an English speaking market. On the point of the services being performed overseas, the court decided that the fact that services are actually delivered abroad is not a defence to an infringement claim if the offer for the services is made in the UK.  As a consequence, the court determined that the Easyway website amounted to use in the UK.

Top Tip: When launching proceedings, or when defending against proceedings, consider jurisdiction and consider carefully the manner in which your website or other online presence targets consumers.

ALYSSA SMITH started out in jewellery design as a sole trader in 2009 before incorporating as a limited company in 2012.  The company operated under the website www.alyssasmith.co.uk, a Facebook page, and the Twitter account @AlyssaJewellery.  Since their launch, the company amassed a significant social media following, and won numerous industry and business awards.

After discovering some instances of consumer confusion between the two brands, ALYSSA SMITH sued ALYSSA JEWELLERY DESIGN for passing off. ALYSSA SMITH had no real trouble in establishing the classical trinity of passing off; goodwill, misrepresentation and damage.

The judge had no issue in acknowledging the goodwill following an impressive amount of evidence including a significant social media presence, high profile press coverage, celebrity endorsements and numerous industry awards.

The defendant’s lack of brand clearance went a long way to helping establish misrepresentation: the judge was dismissive of the defendant’s reasoning behind choosing the name and found it confusing and contradictory, in particular given that the defendant had adopted the Twitter handle @Alyssabracelet upon finding that the handle @Alyssajewellery was already taken by the claimant, and that the defendant claimed to have done a trade mark search but no other online clearance searching, which the judge found somewhat surprising stating that anything more than a trivial online search would have located the claimant’s business.

Top Tip: Make sure you conduct proper trade mark clearance searching.  Unregistered – as well as registered – rights can be used against you!

From the everyday to the IP emergency, our accomplished Chartered Trade Mark Attorneys and IP Solicitors are driven to get the very best outcome for every brief for every client, every time! Sonder & Clay are a full service IP law firm with proven expertise and results in IP protection, strategy, disputes, and exploitation. Learn more about our IP services or get in touch with us for a complimentary IP audit today.